Three forests recently received the FSC certification in the Paris region, France. It is the result of several years’ work for the regional Green Spaces Agency (AEV). And it comes with new working methods and working conditions.

“FSC certification represents for us a full-time position!”, said Claire Collomb-Dupuy, environment officer at the Paris region Green Spaces Agency (AEV), chaired by Anne Cabrit. Three forests managed by the AEV recently obtained the Forest Stewardship Council or FSC’s certification. The newly awarded label applies to the forests of Cheptainville, Breviande and Saint-Eutrope. They represent a total of 1,200 hectares south of Paris.

Eight other forests managed by the agency were previously granted the FSC certification, in the course of 2013-2014. This brings the total certified to more than 5,200 hectares.

For the public institution, it is the result of a long-term effort, initiated in 2011. During this process, the AEV has had to review its work on several points, before getting the green light from the Bureau Veritas certification body.

The auditors pointed out several shortcomings. “We lacked written procedures”, the AEV officer said. This includes identifying “high conservation value forests” (HCVFs). There are six types of HCVFs, depending on whether they play a particular role in terms of biodiversity, ecosystems and preservation of water resources, or protection against erosion for instance. In order to identify HCVFs, the applicant has to reflect on indicators and monitoring. But that’s not all.

“The first version of our zoning was brushed aside. We were guided by regulations, and including Natura 2000 areas. But a more accurate work was expected. Therefore, we chose to work at the parcel level.” 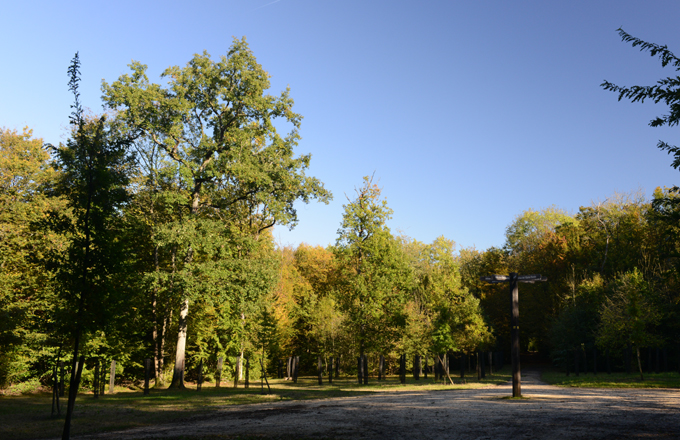 Certification was also the opportunity to overcome inadequacies found in safety at work. In terms of personal protective equipment (PPE), “we had equipments tested by staff members, including several shoe models, before placing orders”, Claire Collomb-Dupuy said. Furthermore, a follow-up table now allows the management of helmets renewal, every 18 months.

Claire Collomb-Dupuy of the AEV added:

“We informed our sub-contractors that, within the framework of the certification, we take a hard look at PPE.”

In addition, an officer responsible for the prevention of risks was recruited. The AEV also created a committee on hygiene, safety and working conditions. An evacuation plan is now delivered prior to field works.

Yearly audit with a budget

The AEV must then undergo an audit every year. It is then verified that it continues to meet FSC requirements. The purpose is to assess whether a forest is managed in a sustainable manner and that it is a source of “responsible” wood.

For a French local authority, an audit contract may cost around 1,500 euros per year. “The price varies according to the number of forests, the number of species and to the various plantations”, as Bureau Veritas stressed. This order of magnitude is understood in the sense that French communities forests tend to be rather small –an average cost that does not reflect the budget of the AEV, as the agency holds one of the largest certified public forests in the country.