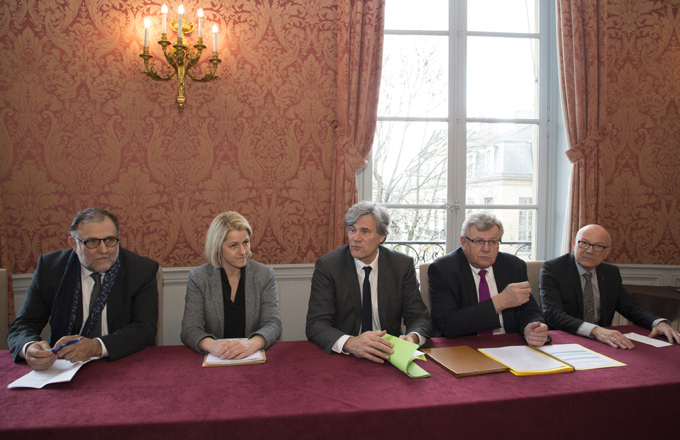 Public Forests Roadmap Signed by Gov., without Consensus
Share This

Three ministers signed the 2016-2020 contract of the French Forests Office (ONF). This new roadmap for public forests is now formalised. But without consensus.

On March 7, 2016, three ministers signed the goals and performance contract (GPC) 2016-2020 of the French Forests Office (ONF). The roadmap sets guidelines for the next five years, with implications for State-owned forests and community forests.

Commitments and reserves from forest municipalities

The president of the Federation of French Forest Municipalities (FNCOFOR), Dominique Jarlier, also added his signature to the GPC, and so did the ONF’s chairman, Jean-Yves Caullet, as well as its director, Christian Dubreuil.

Dominique Jarlier mentioned the promises made by forest municipalities:

“[They] have committed themselves to significant efforts in favour of increased wood mobilisation, in conjunction with companies in the sector and the grouping together of small community forests management.”

However, the FNCOFOR’s approval is not a blank cheque. “The Federation shall remain vigilant over its own commitments and those of its partners,” Dominique Jarlier said.

As for the ONF, negotiations will continue further. As recalled by the Ministry of Forest, the GPC 2016-2020 “will be implemented as part of [ONF’s own] roadmap under preparation.”

In particular, Snupfen has two objections.

First, the union questions the ONF economic model which is “based primarily on revenue from timber sales.” It thus considers that the forest is “the great loser”.

“The job cuts are masked by resorting to assisted jobs which have to join the ONF mainly for training purposes.”

Talks aimed at finalising the ONF’s internal roadmap still have a few more weeks to find a breakthrough.